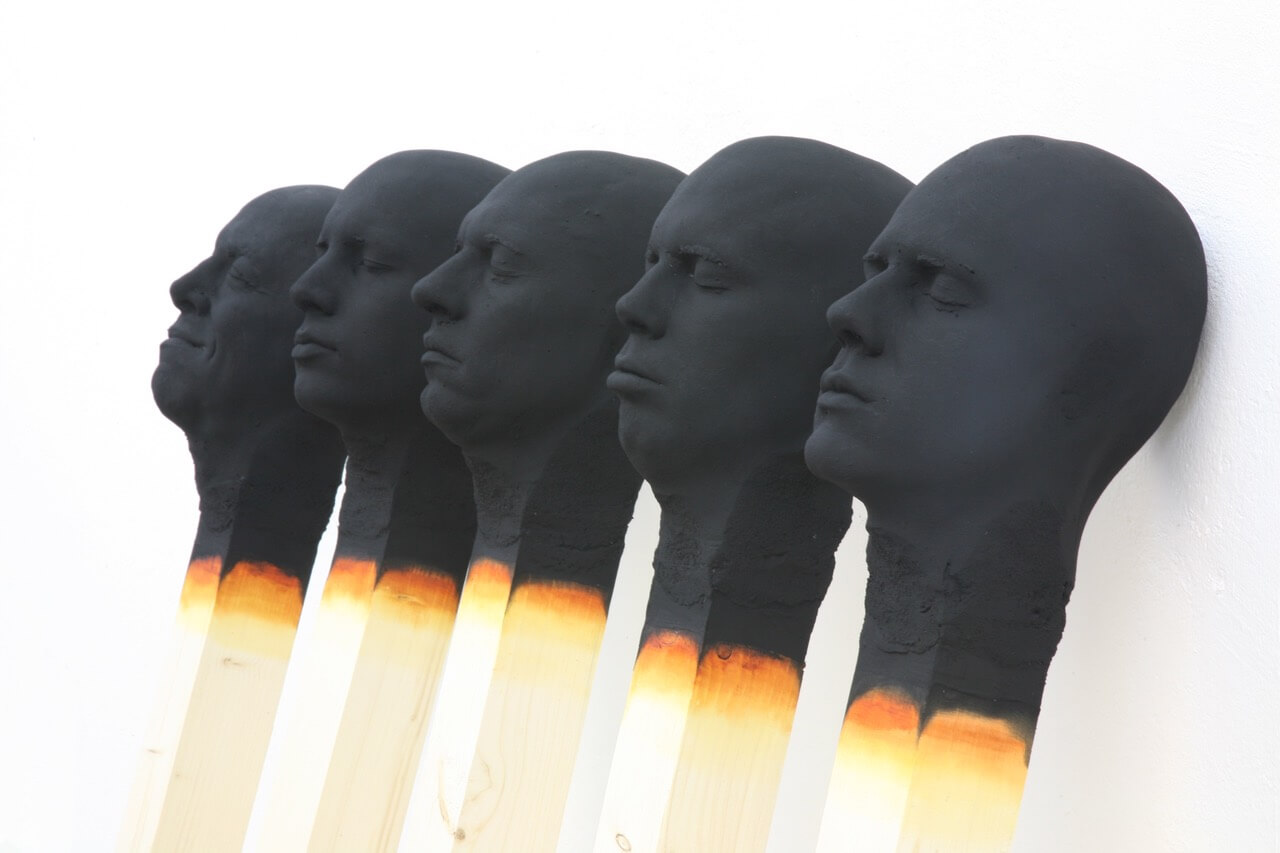 Stiller who has had more than 30 solo exhibitions internationally including Greece, Italy, USA, Japan and Czech Republic, presents one of his finest art installations called Matchstick Men. The installation consists of several larger than life half burnt matchsticks which represent people suffering from a work burnout. Through his installation, Stiller aims at highlighting the most common issue amongst the working class professionals in the modern day society – Burnout syndrome. The installation illustrates the harsh impact of the syndrome on human life and how this state of vital exhaustion can create a permanent damage to the physical and mental well being. Simply fantastic!


Artist Statement:
I had some head molds sitting in my studio left over from a mannequin production I did for a movie in China. Back then, I was living in Beijing. I also had some pieces of thick bamboo wood lying around from another installation that I had done. I was playing around with those two elements and after awhile the heads ended up on the bamboo sticks.

The meaning and content of a work grows while I’m in the process of doing the physical work. I really like the literal aspect of “matchstick head” in German, (which is) called, “Streichholzkopf.” It refers to an actual head (and) is stronger in the German language.

One could read those burned matches as worn-out or burned-out human beings. The installation can appear like a battlefield or just like some playground where someone played around with matches and dropped them. All the heads I’ve used so far are from Chinese people. This sometimes leads to the assumption that this is a criticism of the Chinese government. One can read it that way, but I think this metaphor could be used for any western system as well. The matchboxes could be simply seen as formal elements within the installation, as coffins or simply as matchboxes. I actually like to keep it open since I don’t like art that leaves no space for one’s own imagination.