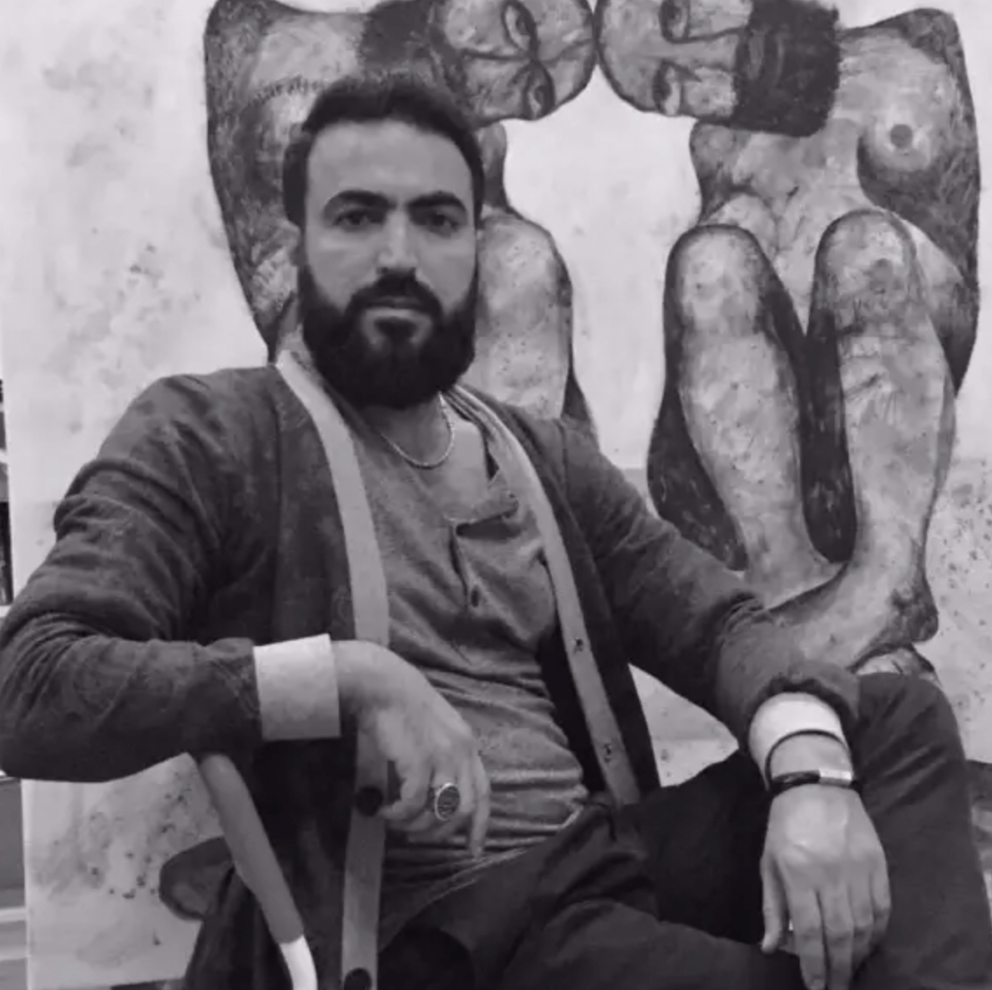 Sinan Hussein was born in Baghdad 1977, now lives and works between Boston, Istanbul and Sydney.

Through his paintings he addresses the psychological issues of human and raises the issue of the differences of races and puts it in the concept of halal and haram.

The surface is usually populated as if to stimulate the visual intelligence of the viewer, and to evoke thoughts and emotions. There is always a connection or a dialogue between that of the world and of the spirits. Sinan explains that most of the bizarre figures spun into his work “are those of characters that visited his dreams as a child” to became his Muses as he became their artistic agent.
Each artwork is a narrative of a riddle or a parable. His symbols are the language he utters. Once deciphered, the viewer will have the key to solve his own riddle.

He constructs everyday happenings and items such as pictures, road cones, toys, photos, selfies, and bicycles; to convey his life stories and reflect on relationships.

His artistic legacy extends from the vision of the Mesopotamian ancestors, its vagueness civilization, its splendor history and horrifying present. The silence discourse, the gaze of his figures and the odd objects in his paintings are nothing but a live metaphor from the past. After several years of self studying and observing the classic, the modern and the contemporary artists, Sinan joined the Iraqi Academy of Fine Arts in Baghdad and graduated in 2004.

As a refugee who fled his homeland the nostalgia and the search for a new home have enriched and shaped Sinan’s paintings. Since early 2004 he participated and exhibited in many important art shows in the middle east, Europe and the United States. His artwork is collected by middle eastern and Arab gulf royalty, governments, museum and private collectors around the world