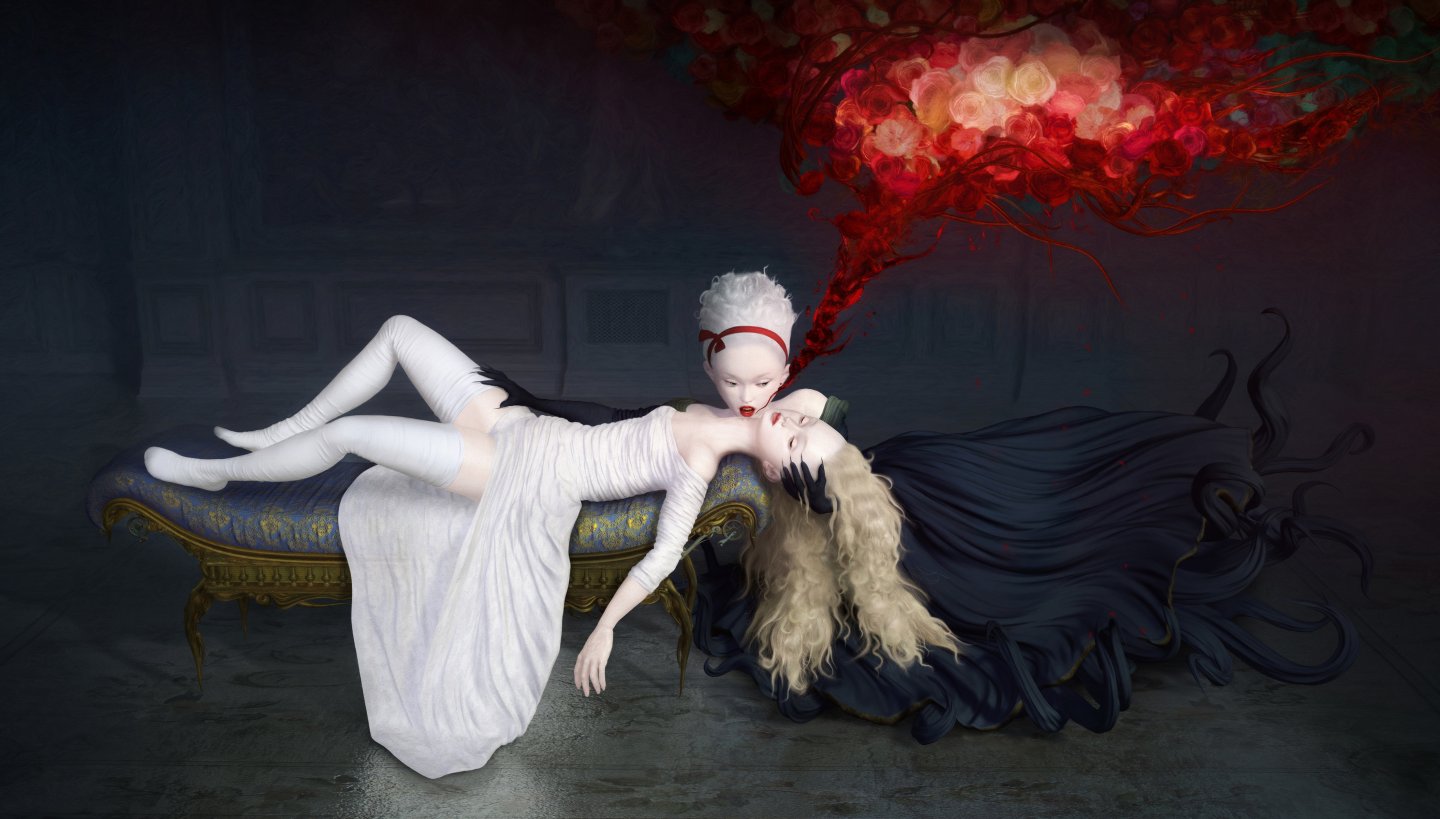 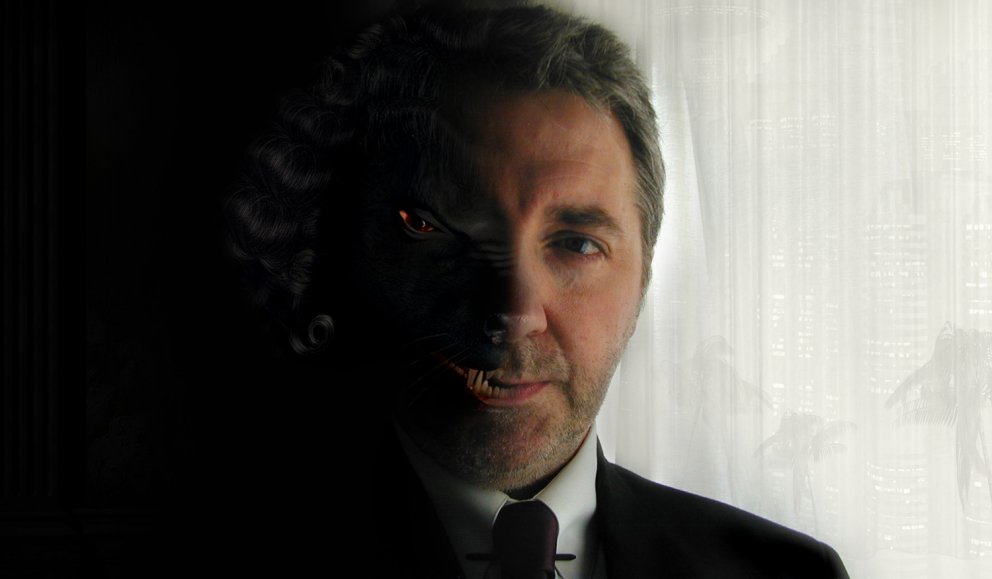 Caesar is known in the fine art world as the grandfather of digital art Caesars works are partly inspired by the Dutch and Flemish masters Vermeer and Jan van Eyck, as well as 18thcentury painter Gainsborough and French Rococo artists Watteau and Boucher. He is also heavily inspired by Japanese culture – this stems partly from the influence of his Japanese wife Jane and her family who introduced Caesar to writers Yukio Mishima and Jun’ichiro Tanizaki. Both writers have a distinctive Japanese aesthetic exploring and questioning Japan’s continual slide toward Western-influenced modernization and associated loss of Japanese tradition. Some of Tanizaki’s works present shockingly sexual and destructive erotic obsessions; others subtly portray the dynamics of family life. The femme fatale is a theme repeated in many of Tanizaki’s work. Another theme is the samurai ethic of balancing the cultivation of beauty and discipline by the way of the sword – simultaneously valuing honor, dignity and serenity – life lived as Art. Themes found also in Rays work.

Caesar’s works in turn are creations from his life memories and events. His visual diaries captivate us and repel us, yet we always ache for more. And like a diary, once we put pen to paper the words have soothing effect and gives the artists an inner calm that is shared.

Caesar has paved new roads to the acceptance and transparency of works created completely digitally that take countless hours to create. His work has been exhibited extensively in solo shows internationally in Europe, the States, Canada and Asia as well as appearing in numerous prominent publications that include the Times magazine, Huffington Post, The Globe & Mail, Vogue Italy, Vogue Japan, Hi Fructose, Juxtapoz and others. Caesar works are collected by numerous venerated institutions including the Bristol Museum as well as prominent collectors such as Riccardo Tisci of Givenchy, the Hearst Family (media mogul and owners of O Oprah Winfrey magazine and ESPN cable channel) and others.