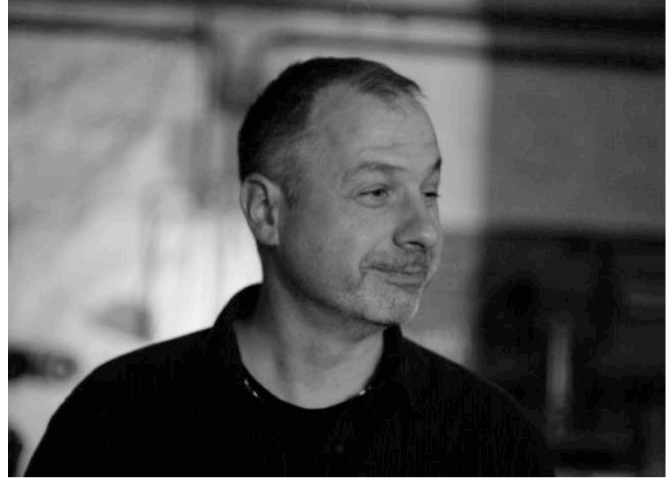 Jürgen Heinz, a metalsculptor, was born in Germany 1969. Between 1989 and 1995 he studied and trained as a Metal Designer in Germany and Switzerland. Under the tutelage of Hans-Ueli Baumgartner (Lucerne), Ernst Schindler (Stuttgart) and Jochen Wünsche (Kassel), he graduated as a Master Metal Designer from the Werkakademie, Kassel in 1995 where he also gave lectures.

Jürgen Heinz is the prize-winner in 2015 of the renowned Mörfelden-Walldorf Sculpture Park Jury prize. “Leaving behind a piece of his soul” writes Marjana Gaponenko, Chamisso Literature prize-winner 2013, about Jürgen Heinz in the context of the Matchbox International Project. Besides participating in national and international exhibitions, Jürgen Heinz also initiates his own exhibitions at his studio in Lorsch, Germany and as a member of Sculpture Network, every two years he is also one of the worldwide hosts of the global New Year’s Brunch.

Jürgen Heinz works with steel.
His objects are reduced and concentrated, puristic and muscular. Always expressed in a clear design style with an elegance of texture. The viewer takes over the subtle pulse of the sculpture and enters a contemplative state of perception in which he exposes himself to the visual musicality and lyrical power of the material.

The artist expertly plays with weight and form, harmony and contrast, gravity and weightlessness. By presenting heavy steel as a flexible mass, Jürgen Heinz has, as it were, overcome the nature of the material and added a new dimension to it, turning "Heavy Metal" into delicate, sophisticated chamber music. His objects are top-heavy without losing their heads. He creates expressive symbols of tension and liberating energy. The metal sculptor trusts the viewer's desire and ability to develop the given dynamic movement in his imagination. Jürgen Heinz's Moving Sculptures communicate with the audience, touch, captivate, and challenge them to act.

The MOVING SCULPTURES by Jürgen Heinz communicate with the viewer, touch, beguile and call to action.