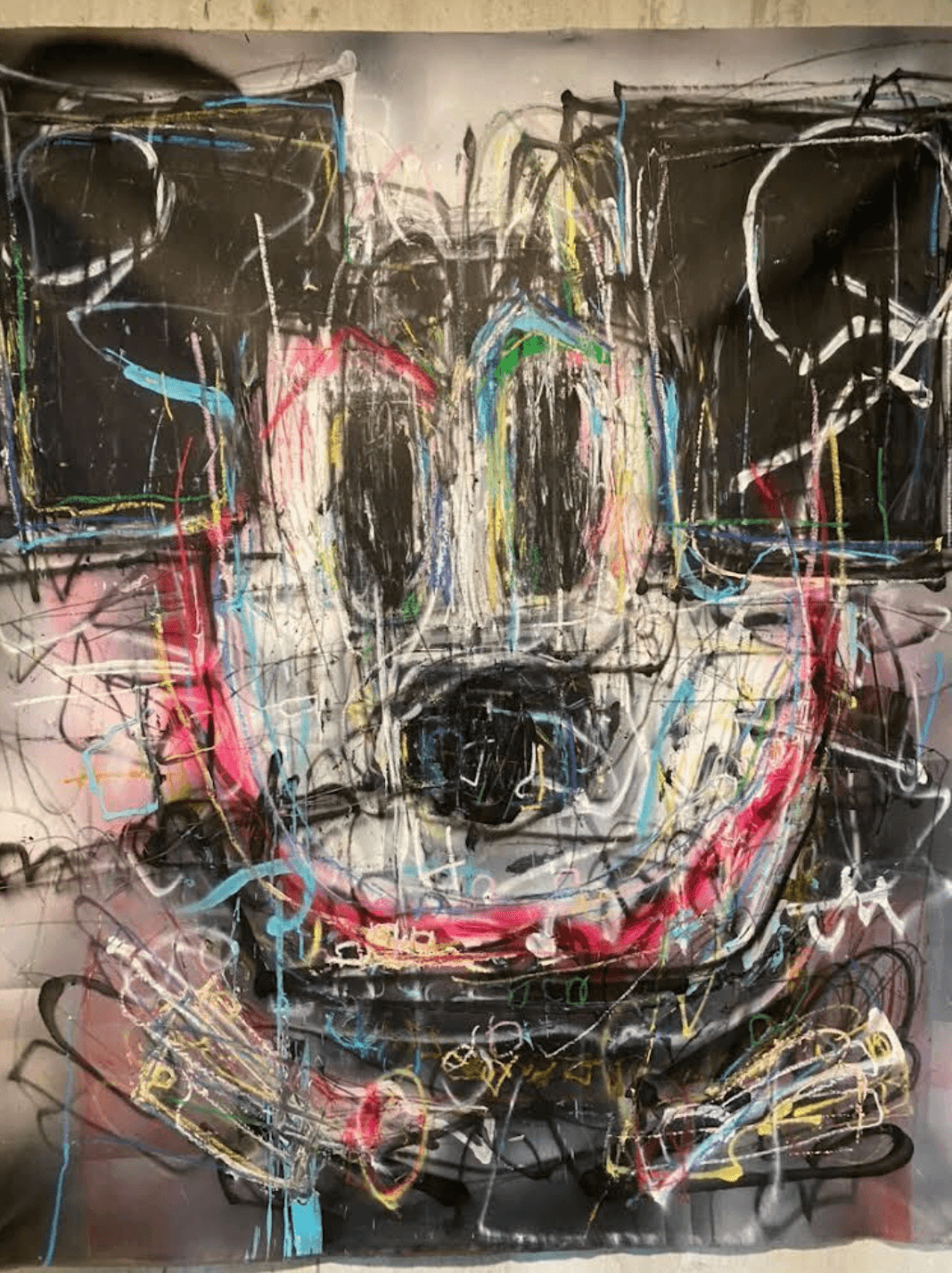 John Paul Fauves (b. 1980) is a contemporary Costa Rican Artist who lives and works in San Jose. Heavily influenced by the Fauvist movement of the early 20th century, John Paul seeks to eternally question and challenge viewers. His themes deal with all aspects of the self: temptation, addiction, and redemption being prominent throughout his works.

John Paul Fauves formulated much of his technique and subject matter under the guidance of Joaquin Rodriguez Del Paso throughout the 90’s and early 2000’s - and then spent fifteen years developing his signature fusing of pop culture icons with sinister and ever changing fauvist elements.

“A Loss of Innocence” - a theme conceived in 2015 was introduced to the NYC art scene with a solo show at Guy Hepner Gallery in 2016 with The TAX Collection. This series dealt with the innocence we observe in children (for John, this was his young son) and how we grapple with knowing they will inevitably lose this fragile worldview as they are exposed to the cruelty and beauty of the outside world.