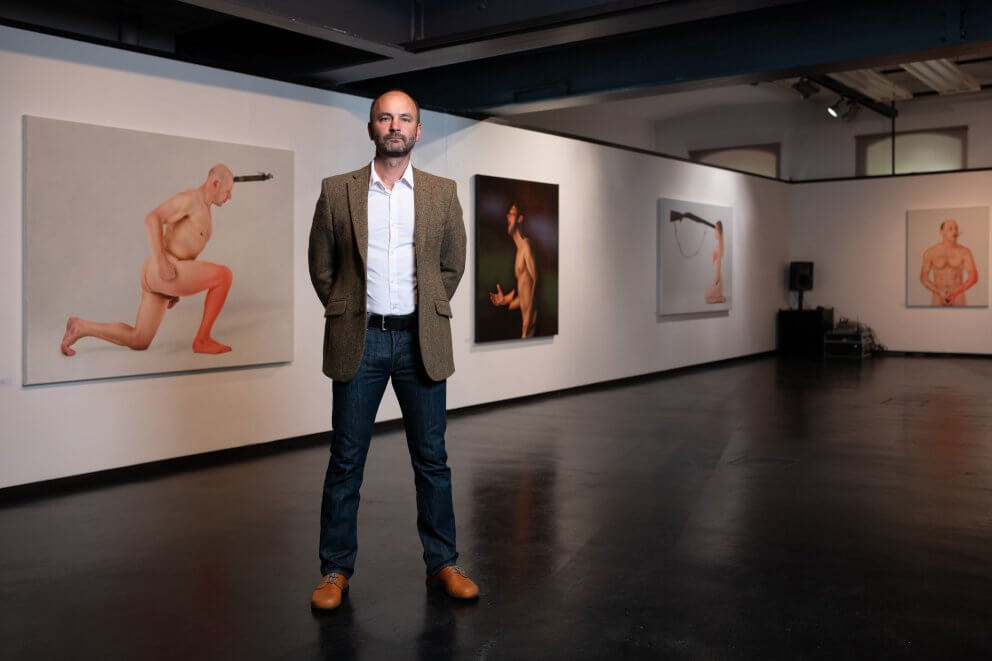 Studies at the University of Music and Performing Arts (1994 - 2002).
Then worked as a music teacher in Lower Austria.
First attempts at painting / painting courses already during his studies.

In a double sense:

On the one hand, do not consume meat and eat a vegetarian diet.

On the other hand, the lot of the animal to be produced as food for humans.
Food is certainly one of the biggest and most important of our time.

In the harmony of beauty and ugliness, of tenderness and cruelty, of fiction and reality, I hope the viewers will be sensitized to this topic. It should be made clear to them that cruelty goes hand in hand with meat consumption in “produced meat”.

One tends to ignore such circumstances, whether out of convenience or ignorance, or as unchangeable.

All headlines that we read in the media every day. Media oversaturation probably also contributes to the dulling of our minds.

I have made it my task to draw attention to this topic again with my art and to raise awareness.

By changing the roles of animals and humans, the viewer can no longer avoid cruelty, the violence they produce against the animal.

It is important to me to keep the pictures as bold as possible. So, reduced to the essentials, like pressing the trigger on a slaughter machine, which sees the penetration of its six centimeter long bolt into the animal's brain as justified.

What should actually end quickly, as a painless death, often degenerates into unbearable torment for the animal.

Man is cruel, the animal is not.